home Go back to home

The Subtle Art Of Becoming Yourself
Habits, Identities, and Everything In Between
By youniqorn Posted in Emotional Health, Happiness, Learning, Lifestyle, Mindset on 0 Comments 11 min read
Previous Next

Sign up for your STAR+er library to access 500+ pretty and practical printables to use on your self-improvement journey to becoming a Youniqorn. 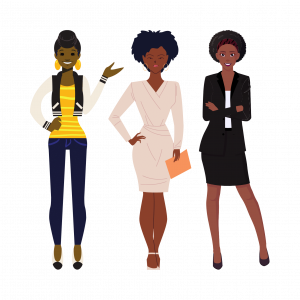 “Just be yourself.” We’ve all heard it at one point or another. In one situation or another. For one reason or another. But in a world that teaches us constantly to strive to be someone else, something else other than ourselves, anything but ourselves, it’s hard to take this advice to heart, let alone even think it’s an option. “What do you want to be when you grow up?” We’ve pretty much all been asked this as kids at some point by someone in some form. For the vast and overwhelming majority of us, no matter where you’re from in the world, you likely never thought to answer, “Myself”. Why would you? You likely weren’t taught to be yourself or to want to be. It’s not something many of us think about, so it’s not a mentality most parents, teachers and guardians pass on to their kids. 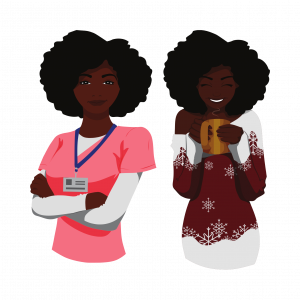 But let’s take a step back. Is being yourself even the point? In truth, it’s not enough to be yourself. Just like a doctor, lawyer, teacher, plumber, banker, entrepreneur, filmographer, fashion/graphic designer, writer, blogger, student, “yourself” is a position, as well. Not simply a state of being or existence. It’s a state of action. Of doing. So, it’s not really a matter of being yourself. It’s really about becoming yourself. Learn the distinction and it will serve you well through your life. 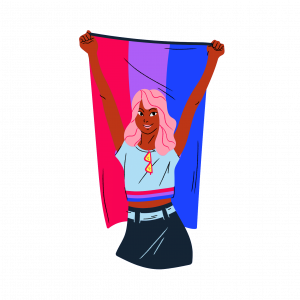 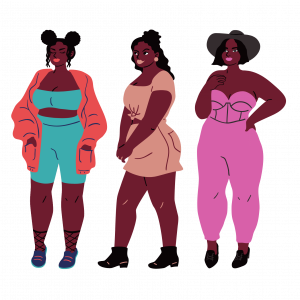 A person is the sum of their choices. You are the sum of your choices. It is those choices you make again and again and again that become your habits. And, therefore, you are, effectively, the sum of your habits. Habits a person makes. When I say, you are who you choose to be, it isn’t simply an encouraging remark or motivational quote. It is a statement of fact. The habits you build, develop and hone through your life, from childhood into adolescence and adulthood, all blend to produce what you know as your life. 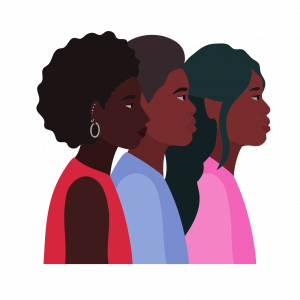 It’s like an interest equation. Your consistent choices, both the ones you make intentionally or unintentionally accumulate through a snowball effect, building into an avalanche over time due to the power of compounding which results in marked changes, for better or worse, the outcome being your character, behaviors, and lifestyle. The book, “Atomic Habits“, talks about the power of habits in great depth and how small changes made consistently can create massive and remarkable change over time. This is the subtlety of it all. The fact that, in order to become great, to become the best version of yourself, or to become extraordinary, you do not actually have to do the extraordinary. You do not have to undertake Herculean tasks or set out to achieve milestones as far as outer space. The magic comes in consistency. It truly is an art. One that is uncomplicated and straightforward, for the most part. 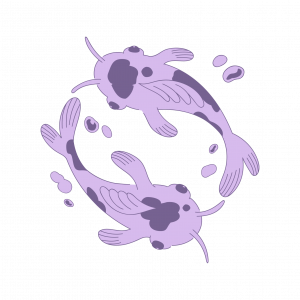 * Special Note: The book, “Atomic Habits“, is one that has validated and confirmed so many of the thoughts I’d been having and described them very succinctly, and put words and names to things I had been feeling but could not label. It is a fantastic, insightful, and practically helpful book and guide and I highly suggest reading and re-reading it. In it, the author, James Clear, talk about identity. This is one aspect that I gained novel enlightenment on.  Instead of validating something I already knew, it taught me something I didn’t. I have always thought of the concept of identity as a solo or single entity. As in, just “one”. However, in “Atomic Habits“, identity is described and talked about not as one thing, but as many. Instead of a person having one identity, they have many. This may sound obvious or trivial to some of us, but it is absolutely groundbreaking to many of us at the same time. Prior to reading this, I thought of identity, again, as one thing, with your identity containing multiple aspects or extensions of it. For instance, a person can identify as both an athlete, a doctor, and a parent. However, I never used to think of these things as individual identities in themselves, but as aspects or extensions of a person’s single identity. Thinking of them as multiple identities under an “identity umbrella”, as I’d like to call it, like spokes intersecting and upholding the handle of the umbrella, has been a mindset shift that has changed so many things for me for the better. 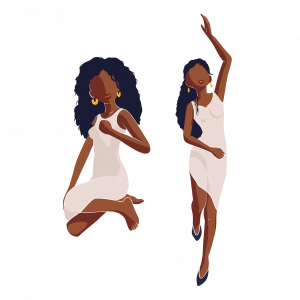 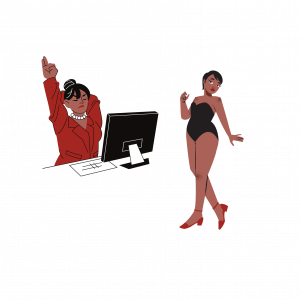 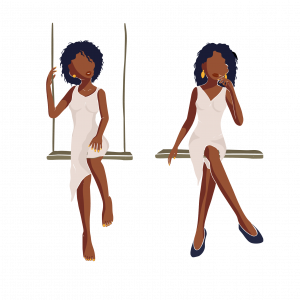 Not limiting the way you think of yourself is probably one of the most freeing things you can do, because that allows you to pick as many identities you want in your journey to building and becoming yourself. There is no either/or. You are not either a doctor or an athlete. You can be both. If you want to. You are not either a mother or an entrepreneur. You are both. You’re not either a chef or a gamer. You are both. You are not either a photographer, a professor, a social commentary specialist, a dancer, a social activist, or a dog lover. You are all of the above. And whatever else you want to become. Knowing and understanding this is invaluable. I also like to think of your multiple identities, or sub-identities like the spokes in a bicycle wheel. They hold everything together and make the wheel, which is continuous, with no beginning or no end, function properly. Some spokes cross, branch off and intersect, but eventually they all merge, similar to those in an umbrella. But all your identities work together, complement each other, feed off each other such that their sum is greater than their individual parts. You are the umbrella or bicycle wheel and your identities (forged from your habits) are the spokes that bring you together. *End of special note. 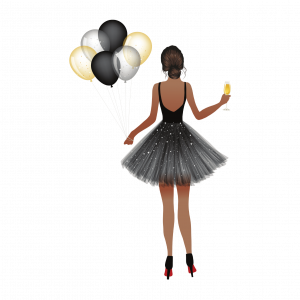 You do not become what you wish for. You become what you practice. So, simply wanting to be a certain type of person will never be enough, no matter how much or how badly you want it. Change comes with action. Doing. Time and time again. If you do not take action, guess what? Nothing changes. Because nothing about you changes. This is why it is necessary to actively think about and decide just who it is you want to become, because making the right choice here will ensure that you stick with creating the habits required to build that person. Understand, also, that this is a long-term endeavor. In truth, you will always be a work in progress, because you will always be learning, unlearning, and relearning (one of the habits of wildly successful people) as a life-long student. Becoming the person you want to be, becoming great, becoming remarkable, becoming extraordinary, is a lifestyle. It is an ongoing, never-ending journey. It is neither a sprint nor a marathon as both of those have finish lines and end eventually. There is no finish line to cross with building the habits necessary to become yourself as long as you’re alive. You will always want (and often need) to improve, grow, and indulge your curiosity for more. You will not want to rest on your laurels or what you have already accomplished and done when you adopt consistency and positive habit-building as a lifestyle and mindset. Again, all habits of wildly successful people. 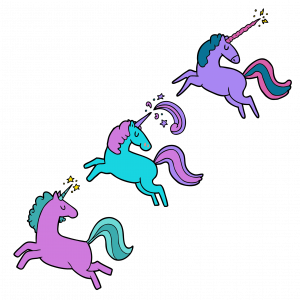 A practical approach, especially when you’re just starting out learning not only who you are but who you want to become, is investing in a habit/systems journal. You can also use the many aesthetically-pleasing printable journal pages in your STAR+er membership. Write down your current habits as you practice them currently in one column (i.e., the person you are right now) and write down the habits of the person you want to become in a column next to it. Be candid with yourself here. Self-honesty and transparency, while not always easy to practice, will take you further than you can imagine. You do yourself no favors by not truly acknowledging the habits you need to build in order to become who you want to become or by holding back. Being honest with yourself is one of the key components of self-awareness and, consequently, success in life. It is important to do this in your own handwriting and literally visualize what is necessary for you to act on. Reference and re-evaluate your habits/systems journal frequently so that it is always at the forefront of your mind. This will also allow you to understand the disparity and gap between who you currently are and who you could be. 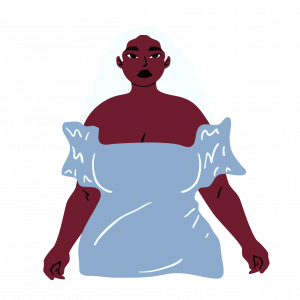 Writing things down allows you to see things and yourself for who and what they/you are and not what you simply imagine or assume them to be. It’s easy to forget, to overlook, or to underappreciate the sheer impact of our habitual routines/rituals. Especially over time. Once you have active awareness of what you’re currently doing, it becomes easier to spot those things when you do them and to make changes where necessary or double down on the things that are to your benefit and worth keeping. In your Habits Journal, one of the most important journals you will own, tracking your habits on a consistent basis keeps you accountable and aware of what you’re doing at any given time. This does not have to be as frequent as, say, weekly. You do need to give yourself enough time to build your desired/required habit(s) and put in enough repetitions for the positive habit(s) or to let go of the  negative ones. Seasonal or bi-annual habit assessments is a good general guideline or starting point. This gives you enough time to implement and build so you can see results and progress realistically, but not so much time that you don’t get enough of a chance to change what’s not working or pivot when you need to. Again, we often don’t make changes or take action because we are not aware that we need to because we’re not aware or actively think about our current habits and how they may negatively impact or impede our potential for greatness, remarkability and extraordinariness. You can’t change what you are not aware of, so become aware of yourself as you are now and, more importantly, of the person you want to become, and take action. 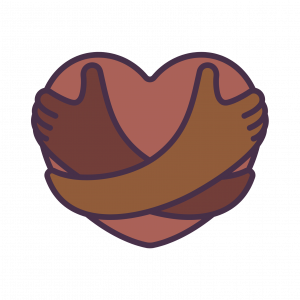 Becoming yourself is literally practicing being who you are at the core and intentionally allowing it to bleed into every facet of your life. And only you can do it. Because there will be many doctors/lawyers/artists/journalists, etc., but there will only ever be one you. So, become yourself, and do it unapologetically. You’ve got this!

This site uses Akismet to reduce spam. Learn how your comment data is processed.